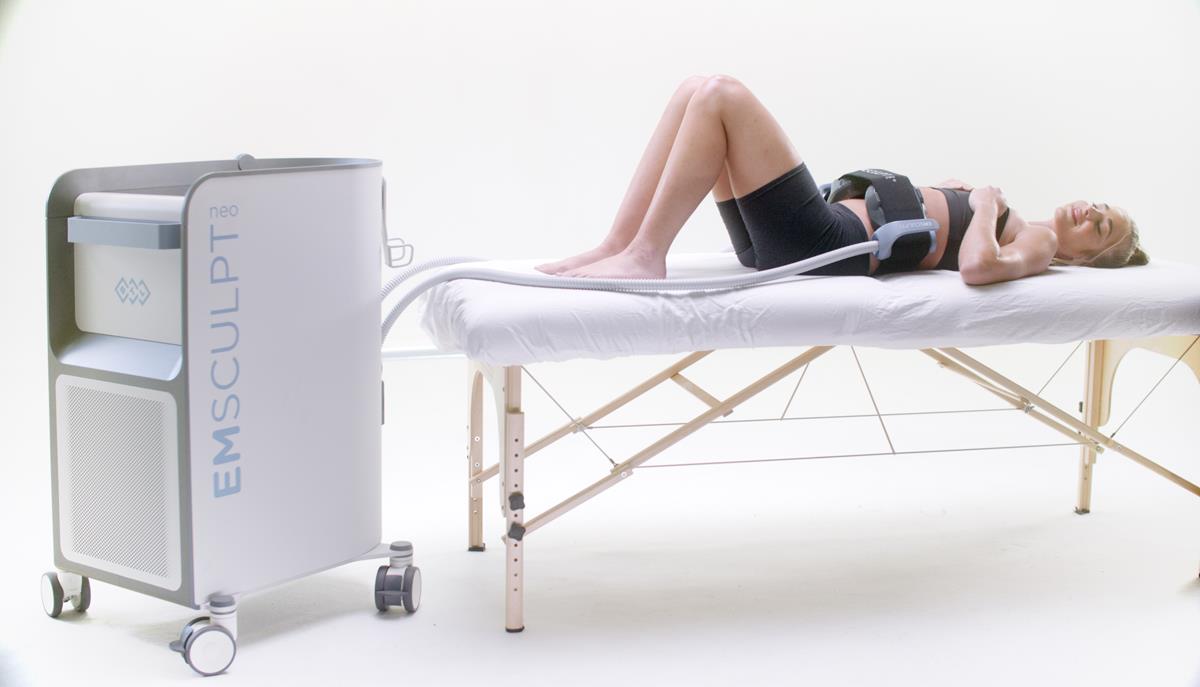 What is EMSCULPT NEO?

How Does EMSCULPT NEO Work?

Radiofrequency heating causes a rapid increase of muscle temperature. Similar to a warm-up activity before a workout, this prepares muscles for stress. Subcutaneous fat achieves apoptosis-inducing temperatures in less than 4 minutes, resulting in permanently damaged fat cells that are then progressively expelled from the body. Subcutaneous fat was reduced by an average of 30% in clinical studies.*

Question: Why is EMSCULPT NEO the undisputed king of body shaping?
Answer: It is the first and only non-invasive body contouring process that combines two energies for simultaneous fat reduction and muscle strengthening in a 30-minute session, making it the most advanced therapy available.

Question: Is it possible for me to be a candidate?
Answer: If you would benefit from losing weight and gaining muscle, the EMSCULPT NEO technique may be a good choice for you.

Question: What regions of the body can be treated with EMSCULPT NEO?
Answer: EMSCULPT NEO can be used on the tummy, buttocks, thighs, arms, and calves, among other areas.

Question: Is EMSCULPT NEO a legitimate product?
Answer: Yes! Seven clinical studies* have been conducted to evaluate the safety and efficacy of EMSCULPT NEO and the embedded high intensity magnetic field (HIFEM) technology. Furthermore, 30 scientific publications make HIFEM the most extensively researched body contouring technology since its launch in 2018.

Question: What is the sensation associated with EMSCULPT NEO therapy?
Answer: You will experience intense muscular contractions and a heating feeling in the treated area, similar to that of a hot stone massage.

Use ProLFortin as Your Provider's Code at Checkout.
Accessibility by WAH
Call Us Text Us